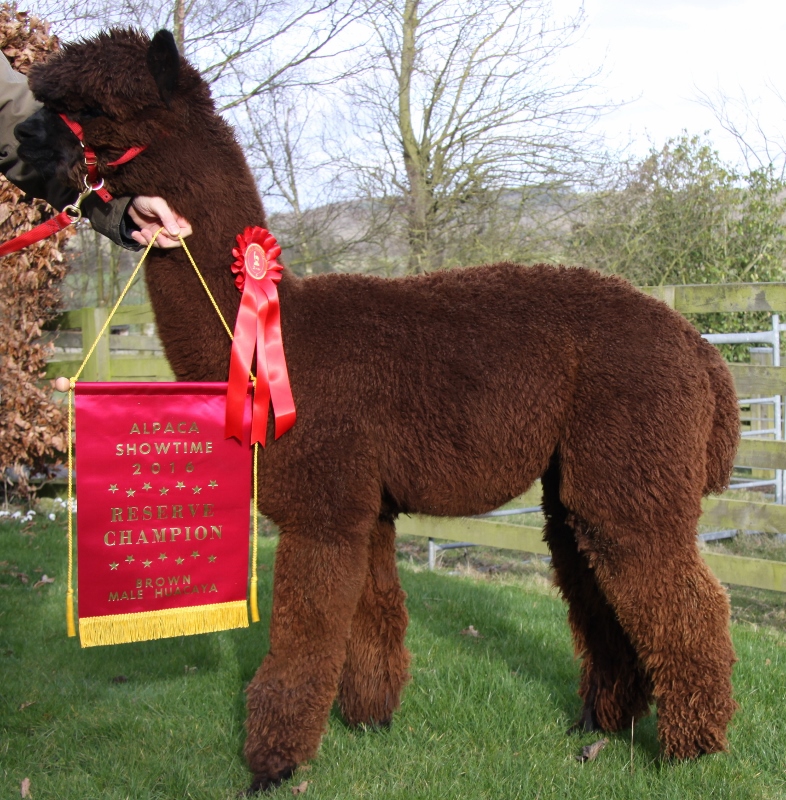 Fowberry Buccaneer was bought by JandJ Alpacas in 2017 to bring his great fleece attributes to a darker herd.He has a lovely soft and uniform dark brown fleece. With his large coverage on a conformationally correct frame with great bone structure and true to type head, he displays very close primary and secondary fibres. He has won Reserve Champion Brown Male at Alpaca Showtime 2016 and 2nd at the Yorkshire Show 2017. Buccaneer started his duties in July 2017 so awaiting to see cria in Summer this year. His Sire Fowberry Nobility is an unbeaten Fawn Male who needs no introduction. Fowberry Nell, Buccaneers Dam, has produced three Stud Males with prize winning progeny.